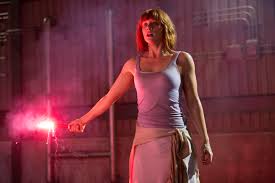 The year 2015 in cinema has'nt exactly distinguished itself for a year living dangerously - despite all that is happening in our world. Rather, in cinema, and maybe that is a good thing, it has been a year of recycling. But what is is that has been recycled? During 2015, the following old blockbusters have reemerged on the screens:
Mad Max
Jurassic world
Mission Impossible
James Bond
Star Wars
Ghostbusters
Add to these the last part of the Hunger Games-series, the new Marvel film The Avengers and Fast and Furious 7. Plus a number of spoofs and copy cats on the above mentionend where I choose to name only one - for its feminist value -Spy.

So what are the stories, ideas and eternal values that live on in these new takes on old blockbusters?

The growing critical acclaim of these films is an interesting case in point. The critics have especially loved the Mad Max film but also the bland James Bond and Mission Impossible where Rebecca Ferguson stole the show from Tom Cruise. She did it just as elegantly as Charlize Theron stole the show from Tom Hardy in Mad Max, and both actresses have to be given credit for reshaping the whole content of both films, making the patriarchal stability of the two films suddenly unstable. Unfortunately, the former film is still named after its male hero and the second - after seing a documentary about Tom Cruise's involvment in a religious sect I won't name, I´m sorry to say but I am not watching another Tom Cruise film again.

One eternal value in our western world is of course that of a man, a white male to be more precise, who will save the world - no matter what. One might ask oneself what makes it believable that the world will be saved by one such guy, and yet, it is obviously a very attractive idea in these times of many threats, both human and natural.

Another enternal value, at least in the action film where all these blockbusters belong, is speed. In a way, the action film is becoming a celebration of things that must come to a pass: Soon we will have to face the consequences of our over mobile society. These action scenes often depend on a picturesque surrounding, preferably a famous place that we (the western audience) will recognize. So in Mission Impossible, we get to go to the Opera in Vienna, where a delicious game of assassins take place, while the opera is in full swing. James Bond drives his car at hallucinating speed in the streets of Rome, where the famous silhouettes of the Roman era stay safely on the curb, looking silently on. Mad Max was shot in the Namibian desert, where the exhuberant car chases have left marks and scars, for years to come.

The most attractive idea that all these films make us ponder on, is that man, everywhere on the globe, is in command. And his command is good, safe and eternal.

The James Bond film is called Spectre and calls for something like a "compte rendu" of previous evils. An existential problem hovers over the film, and that interested me. How is Bond to cope with the spectres of his old foes, all of which he meets in the end - but disappointedly enough only in the shape of pictures of all the old bad guys from previous films. I thought they were all coming back, in full shape, or at least in faked shapes, like when Laurence Olivier played Dr. Totenkopf in Sky Captain and the World of Tomorrow.

No, that would have been too much to ask from the producers of the Bond films. The only thing that seems to matter to them is to cram the picture with as much product promotion as possible - and to make Daniel Craig run convincingly in a suit. So, instead of becoming a reckoning on a global scale, Bond ends the film, as usual, walking away from the scene where he has defeated the bad guy, in a picturesque spot somewhere in old England.

I walked away from the cinema feeling cheated after watching two hours of commercials. I do like to watch Daniel Craig, so I am not complaining about that. But why, if the money exists to travel across the globe and do some neat stunts in the snow as well as in Mexico and Morocco, why not hire a decent script writer too? 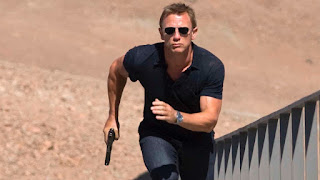 Oh, but the writers did work, one might say. What about all the fun references to films lika The Lady vanishes, North by Northwest and so on? Well.
In his wonderfully rich book on American cinema, The Cinema of loneliness, Robert Phillip Kolker writes: "contemporary filmgoers have become sophisticated in the complexities of popular culture. Indeed, the postmodern phenomenon depends upon reception-audience response. Postmodernity is, in part, the condition of living comfortably within the web of popular cultural references, of recognizing, perhaps, that Max Cady's finger tattoos that read "Love" and "Hate" come fron Charles Laughton's Night of the Hunter (1955) and adorned the fingers of Robert Mitchum, who also plays Cady in the first Cape Fear. What was once pedantry is now wisdom. /.../ But this is not complexity."

Kolker is giving Martin Scorsese's Cape Fear a hard time in a chapter revolving around some of his greater films, like Mean Streets, GoodFellas and Casino. But Kolkers words work in this discussion too, in reference to the lazy tricks of some of this year's movie producers, when they seem to think that an identifiable nod to Hitchcock, or Kubrick, or someone else of bankable cinematic allure, will charm the audience.

A lot of films grow on their relationship to other films. There is even a genre I especially like, sometimes called "films about films" where classics like Sunset Boulevard and Singin' inte rain live. But in the case of this year's recycling of old cinematic ideas, I wonder what the thrill is really about.

Jurassic World might fare best of the lot, because everyone must love the idea of dinosaurs coming to life. But the new film is also the furthest away from its predecessors. That makes for interesting remarks: In the new film, there is a lovers quarrel going on while the dinosaurs run amok, like kids taking advantage of Mum and Dad fighting. The action is on an island filled with tourists who will eventually experience something rather horrible, like a tsunami, or a genocide. These are not things to take lightly, but the film does.

The discussion from the previous Jurassic films about nature against science, with the mad scientist claiming that he has "spared no expense" in making the place safe, is also totally gone. There isn't actually any old people around, like the character of Richard Attenborough with his famous stick in the first film, Jurassic Park. In Jurassic World, everyone is young and dating, or thinking about dating.

In the first film, the couple of paleontologists played by Laura Dern and Sam Neill represented an interesting double agenda. The movie was just as much about exploring the idea of bringing dinosaurs back into the world, as making a "Mum" and "Dad" out of two egoistical people not yet ready to procreate on their own. Well, it was Sam Neill who was the egoist, while Laura Dern showed clear maternal instincts all along.

In Jurassic World, I keep forgetting the dinosaurs, mostly enjoying the screw ball comedy between Chris Pratt and Bryce Dallas Howard, and especially enjoying her impressive stunts as a runner in high heels. What happened to the dinosaurs, the problem of science versus nature, the responsability of mankind in view of forces that he - or she - can't control?

I haven't seen the new Stars Wars or Ghostbusters, and not even the last part of the Hunger Games series, but there seems to be something going on here, something about force, speed and power being given to, or taken by, the females in the big mainstream, blockbuster film. What it means will have to be reflected upon. But it was foreseen already in the first Jurassic film, as proven by this delicious piece of dialogue:

My own cinema studies

I write about the films I love - and the films that I can't forget.

Mikaelas filmblogg
I have written two books on films and hundreds of articles on film, mostly in Swedish but now also in English. I love the way Martin Scorsese made me rediscover American films in the TV-series that he hosted in the 1990:s. A huge inspiration for my own writings on film has been the film historians and critics Robert Phillip Kolker and Anette Kuhn. I like to look in the dark corners of film history, and try to "look with better eyes" as Mary Elizabeth Mastroantonio says to Ed Harris in one of my favorite films, "The Abyss" by James Cameron.